You are here: Home/ What Is Rugby?

Rugby is a team sport that delivers significant social and health benefits. It can also be a physically demanding sport and players should be physically and mentally prepared, and understand how to play safely. It is the responsibility of all – players, coaches and parents – to ensure that a positive, safe, enjoyable environment is created where ALL players will be able to reach their fullest potential, and that – whatever form of the game you play – the training and education materials and equipment are there to support everyone in creating that environment. 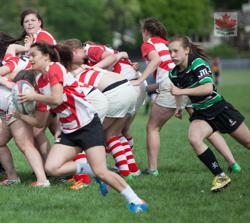 The most common and traditional form of rugby is played with 15 players on either team. This game is known by a few names, including:

It is this version of the game that is played by national teams at the Rugby World Cup.

The key features of fifteens rugby are the number of players on each team (15), the ways in which teams are able to attempt to earn possession or “contest” for the ball, and the rules that apply to physical contact.

Rugby Sevens is now an Olympic sport which will be played at the 2016 and 2020 Olympic Games in Rio and Tokyo. ‘Sevens’ is played increasingly at the grass roots level, but at the elite end of the game are the (men’s) HSBC Sevens World Series and (women’s) World Rugby Women’s Sevens Series for national teams, both of which are staged in multiple countries around the world, like a grand prix format. Both are also direct qualifying tournaments for the 2016 Olympic Games, with the top four-ranked nations in 2014/15 booking their place in Rio.

Because Sevens is played on a full-sized rugby pitch but with less than half the normal number of players (seven against seven, instead of 15 against 15), there is a large amount of space to run in. This makes it a very fast and exciting variation of the game demanding huge levels of fitness.

Tag rugby is a non-contact, fast-moving game that is suitable for adults or children, and for boys and girls to play together. Its safe, non-contact nature makes it ideal for youngsters coming into the game. Tag belts or tag shorts replace tackling. Teams are seven-a-side with a preferred gender mix of at least three men and women playing at one time. The basic rules include:

Beach Rugby is a fun game that can be played with a minimal amount of resources and equipment. The game is a fast-moving one suitable for boys and girls of all ages to play together, in which tags are worn and removed for the ‘tackle’. The game is fast-paced and exciting, but because it is played on sand, there are some differences to the conventional game of Tag Rugby:

Mini Rugby is a fun and active start to being part of a team through the joy of rugby. By developing the principles for the love of physical activity, team work, and the skills of rugby at early ages we are aiming to develop strong values and skills that can be used throughout a lifetime and career. Mini Rugby can be the start in a long term development model of a successful rugby player, or for some simply the beginning of an enjoyable and healthy fulfilling lifestyle.

Although the main focus of the Saskatchewan Mini Rugby is Fun & Participation we also want children to have the opportunity to develop strong FUNdamentals for rugby through knowledgeable coaching. In order to ensure a child’s best chance for success Saskatchewan Mini Rugby trains and has resources available for coaches to give them all the required tools, and in many communities former and current senior rugby players coach simply to spread the love of the game. These knowledgeable coaches allow Saskatchewan Mini Rugby to teach the primary FUNdamentals of rugby, giving children the opportunity to jump start a strong rugby career. 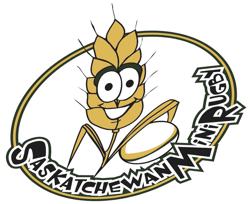