You are here: Home / Uncategorised 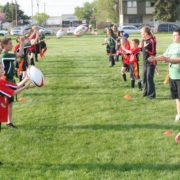 Sask Rugby is proud to announce the launch of the Sask FlagX program in the province, starting in Regina. This exciting new pilot program brings a fast and exciting non-contact flag rugby league to the province, catering to youth between the ages of 4 and 18. The pilot is a partnership with the international TagX brand, which has a history of delivering successful non-contact rugby leagues around the world. This program will help players develop their evasion techniques, learn spatial awareness, and hone their communication skills through playing games in a structured league format. Most importantly, this league will provide an enjoyable and exciting playing experience that encourages players to return to the sport year-over-year.

“This is an exciting opportunity for new and existing young rugby players in our province,” said Jordan Astrope, Executive Director of Sask Rugby. “Building on the work that our Member Organizations have put into the minor and junior rugby space, this program is the next step in providing a great rugby experience for kids that are learning the game and falling in love with it as so many of us already have.”

This program is launching in Regina in the spring of 2023, with plans to bring it to other parts of the province in the future. The long term goal of the program is to provide an excellent rugby experience to youth across the province through a standardized program format, easy-to-understand rules, and a product that local leaders can pull out of the box and implement in their own communities. In the future, this program will enable competition between youth across the province at every age and experience level.

Andrew Shaw, Rugby Development Officer with Sask Rugby noted that “having a program like Sask FlagX is a key initiative in growing the number of people playing rugby in the province. It is extremely important that we are able to provide playing opportunities to kids when their enthusiasm for the sport is high and the more opportunities that are available increases the likelihood that youth will find our sport, give it a try, and become lifelong rugby players.”

Registration for this program opens on February 3, 2023 and the first day of games is March 18, 2023. Use the buttons to the left to register now or learn more about this year’s programming or programs in the future.

All four Saskatchewan university clubs kicked off their 2023 7’s season these past few weeks. The Univer

sity of Regina Women’s team made their Canada West Debut in Edmonton while the U of R men and both University of Saskatchewan teams played in Red Deer.

In Edmonton, the Cougar women had strong matches against the University of Victoria, Trinity Western, Calgary, Lethbridge, and ended the weekend with a victory over the University of Brandon with a final score of 12-10. The Cougars will be in Vancouver March 3-4 to play in the UBC CanWest Tournament. 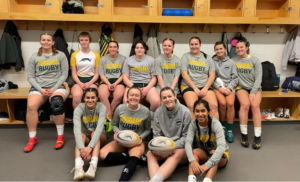 Just a few hours south in Red Deer, the U of S women faced off against Mount Royal University and the University of Lethbridge in a pool series, finishing the weekend with 2 wins over MRU and 2 losses against Lethbridge. 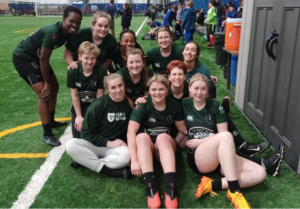 The U of R men, went 1-1-1 on day 1 with a win against the University of Calgary, loss against University of Alberta, and a tie against Edmonton Gold. They finished day 2 as Pool B champions. 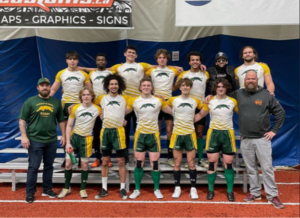 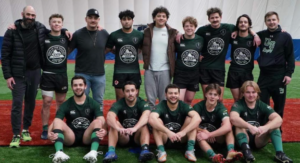 Congrats to all teams, we can’t wait to see what the rest of 2023 has in store! 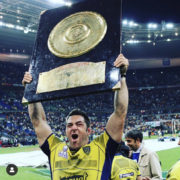 Notice is hereby given that the Saskatchewan Rugby Union Inc. Semi Annual General Meeting will be held on Sunday October 23rd, 2022 at 11am for the following purposes:

Nominations need to be submitted on the Nomination form. The deadline to submit nominations is Oct 14, 2022.

The location will be in room 140 at the Administration Center for Sport Culture and Recreation located at 510 Cynthia Street in Saskatoon.

By Order of the Board of Directors.

$100 fine will be applied to each voting member that does not have a representative.

Saskatchewan Rugby Union received a complaint regarding an incident at the NSRU city final. The dispute resolution policy, along with the alternative dispute resolution policy were activated and the complaint has been resolved. The individual identified in the complaint has been banned from any remaining 2022 to Rugby events. In addition his former club faces a stiff financial penalty should he return prior to 2023. We would like to thank the members of the Rugby community who immediately addressed the situation and we continue to take steps to uphold Rugby‘s core values which include keeping our spaces safe and inclusive for everyone. The NSRU may, at its discretion, impose additional sanctions.

Sask Rugby is happy to welcome Jamie Cudmore to Saskatchewan from September 27th to October 1st, 2022. While in the province, Jamie will be working with coaches and players to help spread his rugby knowledge around the country. Jamie will also be speaking to youth in schools about his life journey and the power of sport. See below for more details on the various opportunities that our community members will have to learn from Jamie!

About Jamie: Jamie has represented the Canadian Men’s National Team 43 times including at an incredible 4 World Cups. Jamie played professional rugby in France for over a decade and was a key player in helping ASM Clermont win the club’s first French Top 14 title in its 100-year history (2010). Jamie is currently coaching with the Newfoundland & Labrador Rugby Union and was formerly head of Rugby Canada’s national development program.

The following sessions have been scheduled and are open to the rugby community:

*Individuals wishing to participate in the open training sessions should have an active Rugby Canada playing membership, which can be purchased via the Rugby Canada Registration Portal.

In order to help us prepare for these sessions we would appreciate it if you can RSVP for the sessions that you wish to attend below. We have set up the RSVP form so one person can RSVP on behalf of an entire group of individuals. 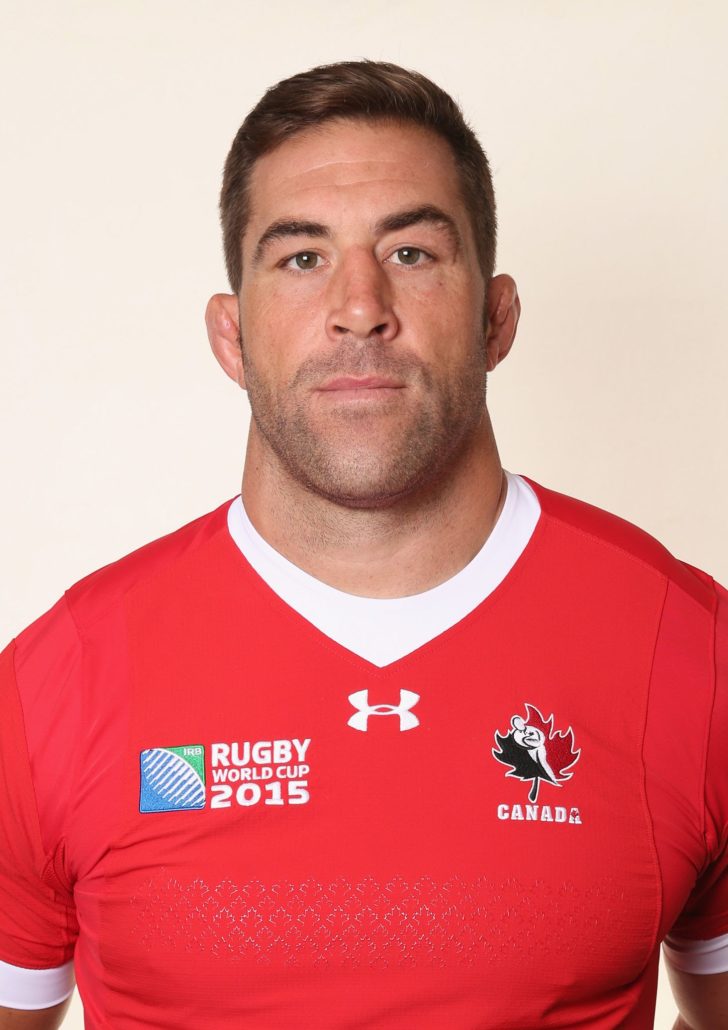 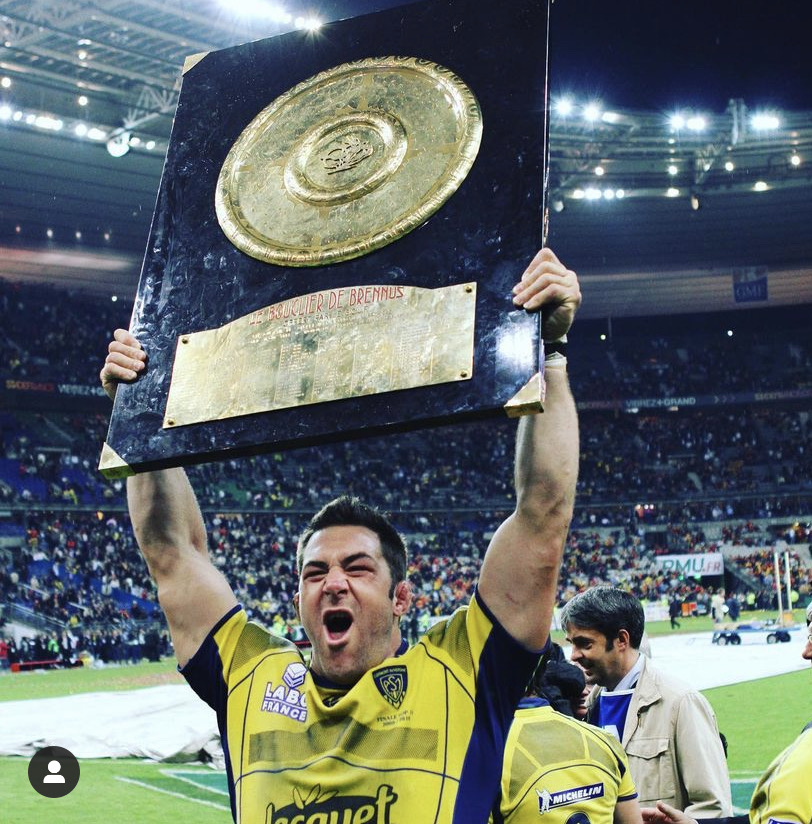 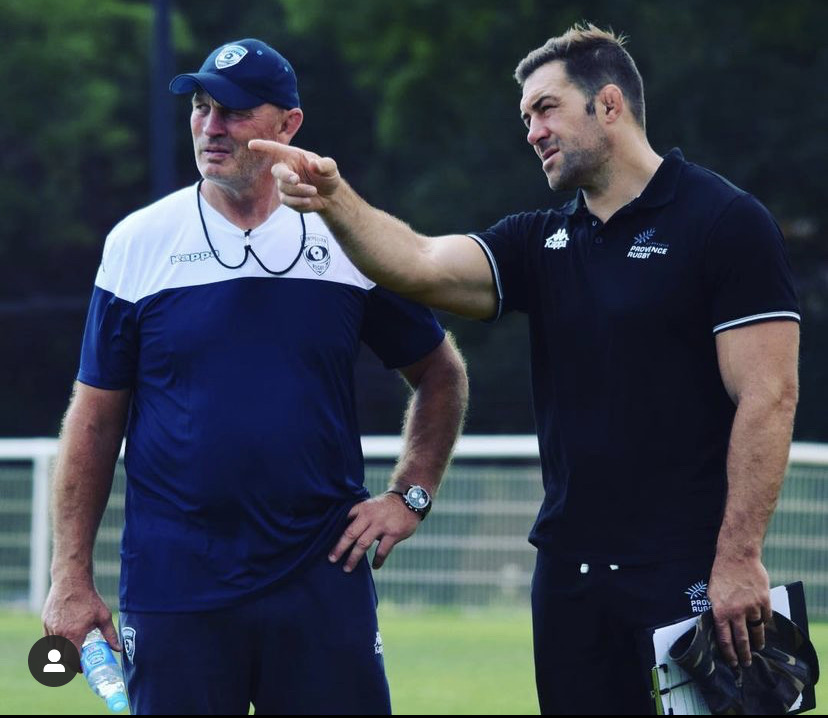 After losing out on 2 seasons of summer rugby programs due to COVID-19, Saskatchewan’s junior rugby players have been busy catching up this summer. A number of junior programs and events brought our players back to the pitch, including training with local senior clubs.

These activities wouldn’t have been possible without the support of community coaches, managers, organisers, and players, and the Sask Rugby High Performance Committee who continue to drive rugby’s progress in the province. Your sport thanks you.

Organised by a group of women’s coaches, junior girls will be taking the pitch in Saskatoon on August 21 and Regina on August 28 for some North vs South 15s exhibition games. Each day will consist of 2 games with 20 minute halves, and team lunch in between. Good luck ladies! 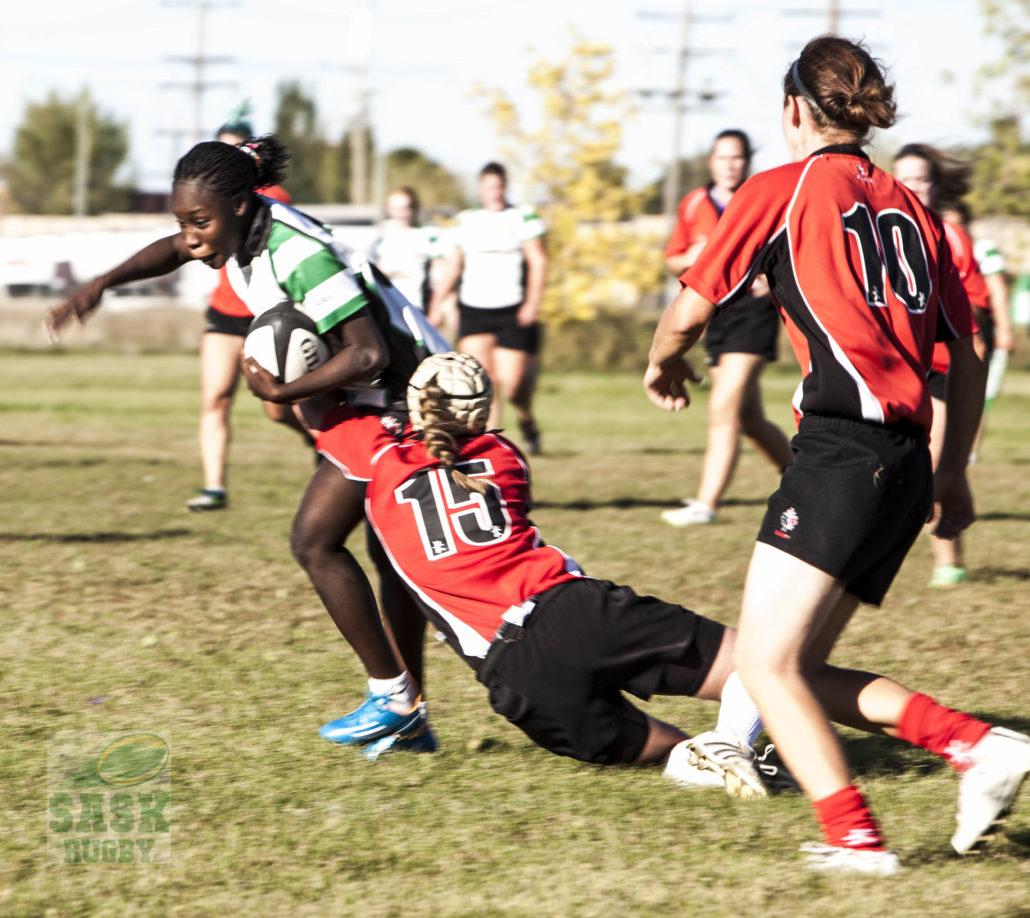 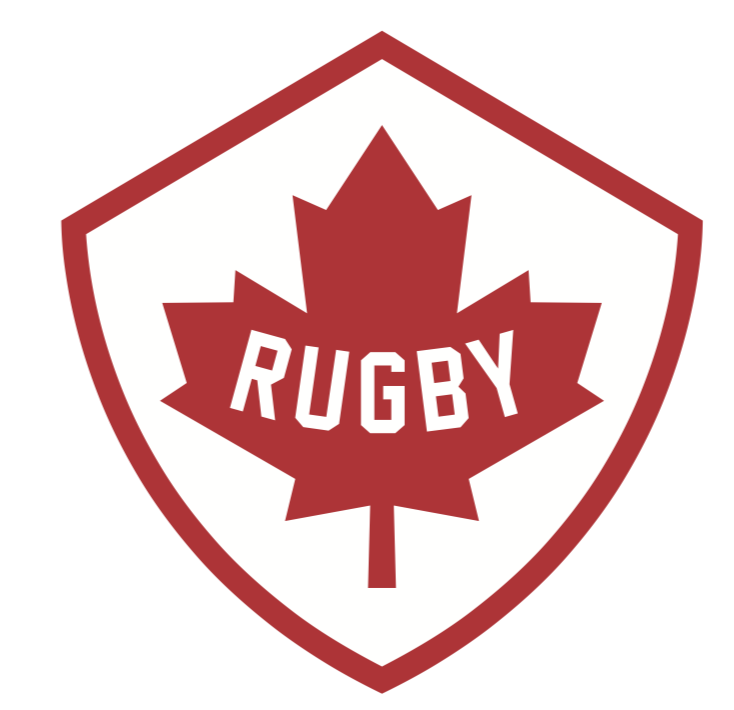 Sask Rugby is hosting a U18 Boys Canada camp August 21-22 in Regina for invited athletes. Out of those selected a number of Saskatchewan athletes will have their shot at a tour with the national team in December 2021 to January 2022. Good luck boys!

Initially planned for 2021, the  Niagara Canada Summer Games were rescheduled for August of 2022 due to COVID-19. Team Sask started its training with coaches Kayla Mack-Thiel and Gillian Allen in June of 2021. Any U18 girls interested in participating can learn more here: www.saskrugby.com/canadagames 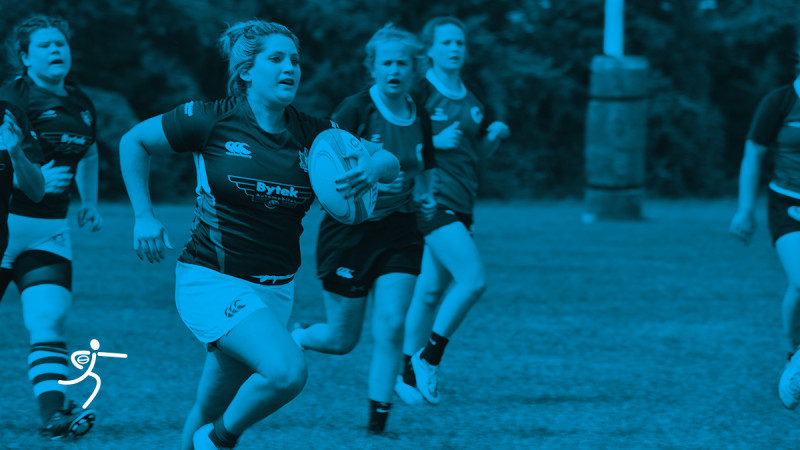 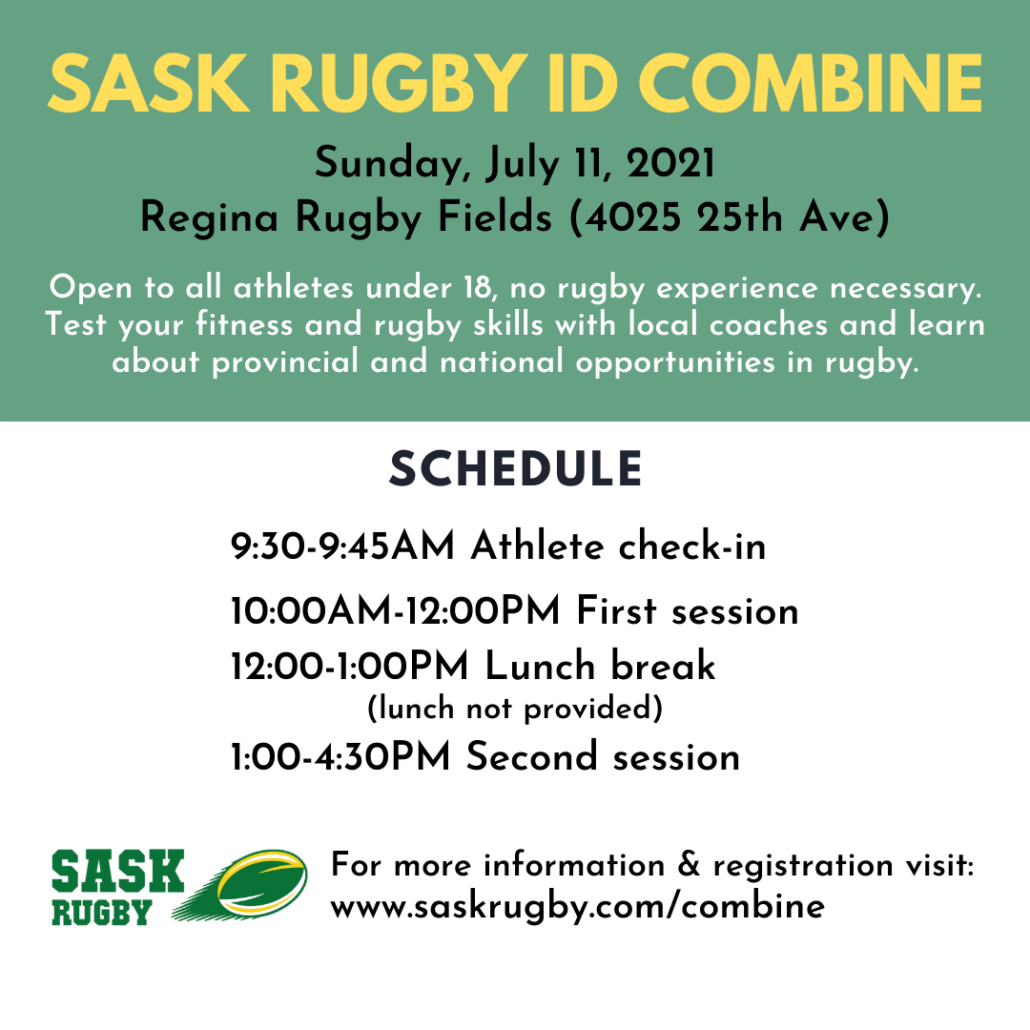 Organised by the Sask Rugby High Performance Committee, Sask’s first ever Rugby ID Combine took place in July 2021, open to all athletes interested in developing in sport. The all-day session in Regina brought in over 30 athletes and tons of talent.

Formerly Regina Mini Rugby, Regina Minor has expanded in recent years to include players ages 15 to 18. After getting cancelled in 2020, the program returned in full force August of 2021 and plans to run until October. One of the longest standing community rugby programs in Saskatchewan, RMR is an excellent option for juniors looking to get into the game or develop in a fun environment.

RMR still delivers Minis for its 4-14 ages and the kids love it.

The Prairie Academy was one of the only training opportunities for juniors during 2020, running sessions whenever possible. The program restarted in May of 2021 and is slated to return for fall sessions in September.  The academy focuses on developing high performance rugby athletes but is open to all ages and skill levels.

Formerly Saskatoon Mini Rugby, the NSRU came together to deliver minor and junior rugby sessions in Saskatoon at the beginning of June 2021. The junior side of the program brought a number of North juniors back to the field and helped in reconnecting them with senior clubs. 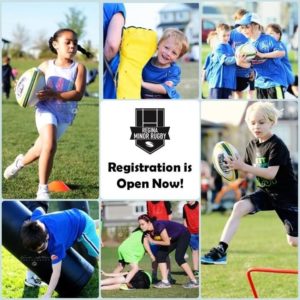 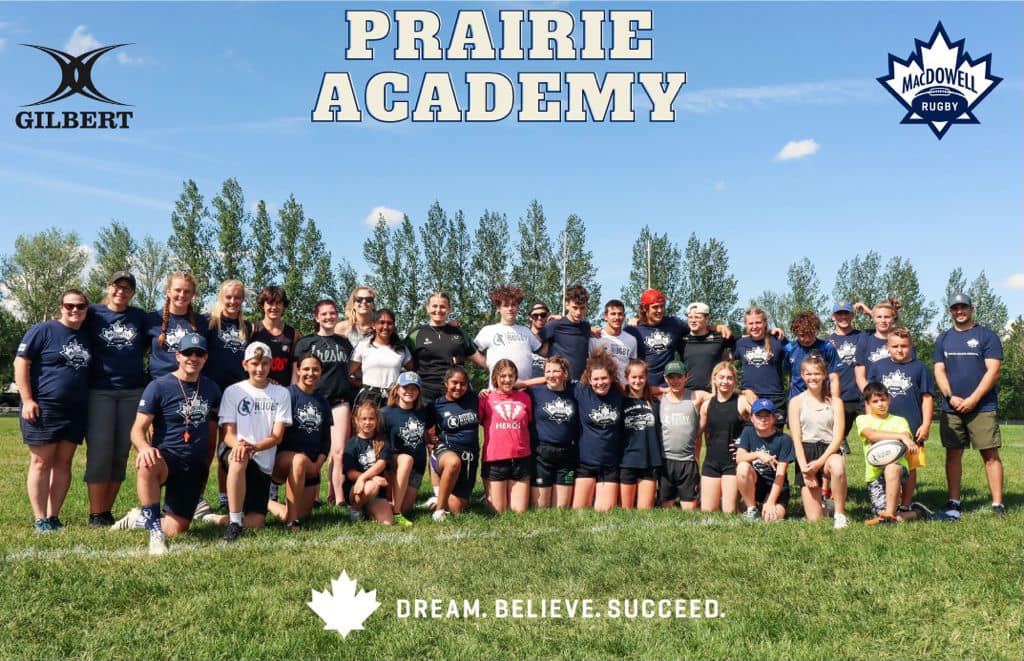